About a year ago, a friend of mine with Hashimoto’s suggested that we try the Autoimmune Paleo (AIP) diet to see if it would help with my husband’s ulcerative colitis. Since we’re always looking for ways to live more naturally, we figured that we’d give it a shot. If simply making some dietary changes would put my husband’s ulcerative colitis into remission, well, that’d be wonderful!

What is the Autoimmune Paleo (AIP) diet?

The Autoimmune Paleo diet is a restrictive form of the Paleo diet designed to help heal the gut by flooding your body with nutrients, restoring and balancing your gut, and regulating both your hormones and your immune system. Since the gut is integral to overall health, the idea is that if you can heal your gut, you can heal your autoimmune condition.

The diet has an elimination phase in which you can consume nothing but air and water. Just kidding, you can eat more than that, but it is really restrictive. Here’s a list from the Paleo Mom website of the things that aren’t allowed:

What Can You Eat During the Elimination Phase of the AIP Diet?

You might be wondering what on earth you can possibly eat after you eliminate all of that from your diet. The list is very short. Basically, you’re encouraged to eat organ meat, fish, other grass-fed meat, healthy fats, fermented foods, vegetables, mushrooms and fungi, certain herbs and spices, and the occasional fruit.

The elimination period is followed by a reintroduction phase in which you slowly introduce foods and carefully monitor your body to see if you react to them. After you complete the protocol, you should have a good idea of which foods you can tolerate and which are reactive for you. Hopefully, your condition will be in remission or at least you will be feeling significantly better.

The diet is to be combined with common sense lifestyle changes such as reducing stress (not always possible with a baby in the house), getting sufficient sleep (once again, not very easy with an infant), and gentle exercise.

Our Experience on the Autoimmune Paleo (AIP) Diet

So how did it work for us?

The first time we tried the AIP diet was almost two years ago in November. THIS IS A HORRIBLE TIME OF THE YEAR TO START A RESTRICTIVE DIET! It makes socializing around the holidays super difficult, because the holidays always bring with them all of the tasty (and not-so-good-for-you foods) that we love. After struggling through a birthday, wedding, Thanksgiving, and Christmas, I think we gave up. It was just not a good time of year to jump into Autoimmune Paleo diet, because there was a big learning curve when it comes to prepping meals and snacks for festive occasions.

We tried again at the beginning of this year. This time, I put significant effort into planning ahead for weekly meals. I made a detailed schedule for breakfast, lunch and dinner and did a lot of batch cooking. We ate a lot of meat and vegetable casseroles and soups during the two months that we tried the diet.

Unfortunately, the diet didn’t work for us, for a number of reasons.

The first reason was that my already thin husband was losing weight he didn’t need to lose. On top of that, he had no energy. We tried to increase calories with protein and healthy fats to keep him going, but for whatever reason, because of my husband’s body type, he needs a fair amount of carbs. Adding more squash and sweet potatoes to our diet didn’t cut it for him.

It also seemed like he was sick for pretty much the entire two months we tried the diet. Maybe it was because it was winter, but I’m thinking that not having enough energy was actually making him more susceptible to infection.

Additionally, he saw an increase in some of his gastrointestinal symptoms, especially gas and pain. We think it was due to the increased amount of sulfur-rich meat and vegetables that we were eating.

Finally, the diet was expensive. For two people, we were easily spending over $500 a month on food. Not a good idea if you are living on a single income.

So what did we take away from our time on the Autoimmune Paleo diet?

We did learn some valuable things. First, I learned how to meal plan and cook new and interesting things. Second, we learned that in order for my husband to function, he needs more carbs. As soon as we added oats and rice back into our diet, he began feeling significantly better. Third, we learned that sulfur-rich foods make my husband’s symptoms worse. So we’ve realized he has to limit certain foods in his diet like brussels sprouts, broccoli, cabbage and other delicious cruciferous vegetables. This ultimately led to our newest diet discovery which has actually been beneficial in reducing my husband’s symptoms, the low FODMAP diet.

Have you ever tried the Autoimmune Paleo diet? What was your experience?

This site uses Akismet to reduce spam. Learn how your comment data is processed. 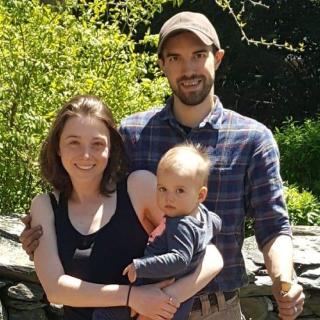